Lonjay joined the Marian Middle School family in October 2013 as a reserved, underperforming fifth grader. Her standardized tests showed that she was performing below the national average range in mathematics, science, language arts, and social studies. After just one year at Marian, Lonjay’s standardized test scores significantly improved and she was no longer performing below average in any category. By her eighth grade year, she had made statistically significant gains and was scoring well above the national average in every category!

Lonjay’s academic achievements are incredible in their own right but even more so considering the challenging life experiences she faced at a young age and during her years at Marian. “Lonjay has had circumstances in her life that would cause most of us to stumble and give up, but she continues to pursue her goals and achieve them,” said Sara Mashburn, language arts teacher (spring 2017). “Last year, Lonjay had the opportunity to choose a living situation closer to immediate family. Instead, she chose to stay where she lived because, if she had moved, she would have been unable to attend Marian. She vocalized several times that she knew Marian was her best pathway to a strong high school, which then is her best pathway to success.”

“Lonjay’s passion and determination to succeed is quite admirable for someone her age,” said Tamara Harris, college readiness officer (fall 2017). “Even at her lowest moments she finds a way to uplift herself and others around her. She is blossoming into a strong, dedicated young woman and I’m grateful for the opportunity to watch her grow.”

Because of the quality middle school education afforded to her and the loving social support she continues to receive from her Marian family, Lonjay is excelling at Nerinx Hall High School. She is involved in Diversity Club, Photography Club, and Circus Club, and has plans to try out for the track and soccer teams. Lonjay recently received her first report card as a high school student. She and all of us at Marian are very proud of her 3.87 GPA! 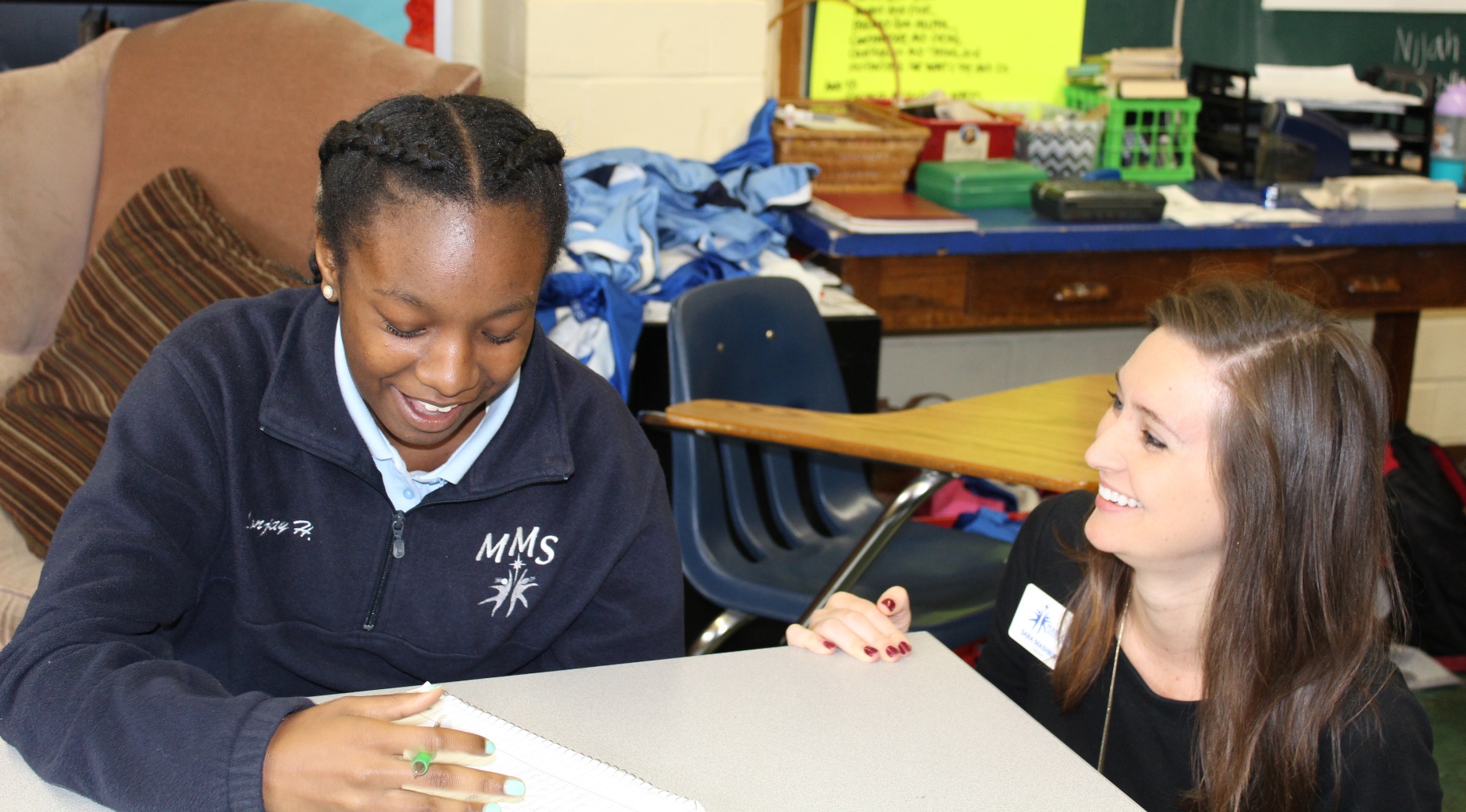